Regimes and Movements: Thoughts on Contentious Politics and the Arab Spring

In this essay, I aim to reflect on two ongoing discussions concerning the so-called Arab Spring. The first discussion is taking place among several academics who study the politics of the Middle East. This discussion started after the start of the Arab Spring uprisings of 2011 and concerns a presumed conflict over whether to prioritize the study of regimes or movements. The second discussion is taking place among scholars of social movements in the U.S. about the benefits of movement-centered vs. institutional-centered analysis of movements. Both discussions are taking place for different reasons and perhaps in different academic spheres. The first was motivated by the need to question the politics and the priorities of the scholarship concerning the study of Middle East politics during and after the Arab Spring. But the main drive of the second discussion was the question of how and why movements matter. Although the parallelism in the two discussions is interesting, my aim in this essay is not to compare or analyze these differences (which is an important research question in itself). I realized that one common theme in the two discussions is worth commenting on  here: the relationship between regimes and movements. END_OF_DOCUMENT_TOKEN_TO_BE_REPLACED

From the late 1970s to the early 1990s, Filipinos in the U.S. and the Netherlands became key players in international efforts to overthrow an oppressive regime, institute democracy, and shape the direction of the Philippine political system. When Philippine dictator Ferdinand Marcos declared martial law on September 21, 1972, Filipino student and political organizations in the U.S. immediately convened in San Francisco and launched a national campaign to oppose authoritarian rule. In less than a year, the movement spread as new organizations of diverse political orientations emerged and took root in long-established Filipino communities in the U.S. Activists focused on lobbying Congress for the withdrawal of military and economic support to Marcos and on politicizing Filipino national and cultural events. In the Netherlands, the movement was launched later. In response to Marcos’s intensified repression, Filipino exile and solidarity organizations in Europe organized the Permanent People’s Tribunal on the Philippines in 1980 in Belgium. The purpose of the tribunal was to expose and isolate the Marcos dictatorship and recognize the national liberation movements as the genuine representatives of the Filipino people. It also brought the Philippine revolutionary struggle to the community of Filipino temporary workers in the Netherlands. END_OF_DOCUMENT_TOKEN_TO_BE_REPLACED

Each spring, in conjunction with the John D. McCarthy Award celebration, the Center for the Study of Social Movements at Notre Dame hosts the Young Scholars in Social Movements conference. Conference participants come from around the world and include some of the brightest graduate students and assistant professors studying activism, social movements, and political conflict. Our team of Contributing Editors—the folks who write the blog’s Daily Disruption posts—is primarily drawn from this pool of talented young scholars. We are taking the next several weeks to shine the spotlight on these emerging stars and on their research.  New ideas often (perhaps usually) come from younger generations. So, in many ways, these posts represent where the field is headed and should be interesting to anyone seeking to better understand processes of activism and social change.

Many thanks to the Contributing Editors listed below—for allowing us to feature their work in the coming weeks, and for their contributions to the Daily Disruption. We plan to post a new essay from these authors every few days during the months of October and November, so check back often. END_OF_DOCUMENT_TOKEN_TO_BE_REPLACED

From French Resistance to hashtag activism: How our obsession with the extraordinary masks the power of the ordinary

I’ve become obsessed with “Un village français.” No, it’s not an idyllic town in Provence. It’s a French television series set during World War II. The show follows the residents of one French town as they navigate the German occupation. 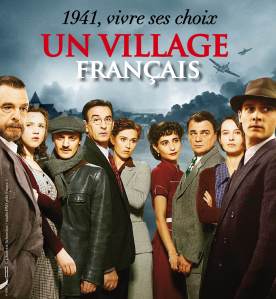 I tell myself that I am already into the 6th season (thank you, Netflix) because it helps me learn the language. I have just started a Postdoctoral Research Fellowship at the Institute for Advanced Study in Toulouse, based at the Toulouse School of Economics. And I do need to brush up on my French. But admittedly, I am fascinated with the drama and romance of the TV series.

But I have also realized that the show mirrors the way I approach my research on social movements, social media, and social class. It focuses not on the big heroes, or iconic giants of history, but on the average people. And rather than dwelling on extraordinary events like big battles involving thousands of troops, the shows unfolds slowly as we watch these regular people struggle with everyday circumstances.

END_OF_DOCUMENT_TOKEN_TO_BE_REPLACED

Mobilization as a Network Problem

The majority of my research interests seek to answer two of the big questions in social movements scholarship. First, I am a sucker for the “mobilization question.” While some scholars have grown tired of this pursuit, I still find great appeal asking why social mobilization occurs during some times and at some places, but not others. Questions like those offer one succinct way to address the difficult theme of collective agency. Second, I am also interested in understanding the underlying organizational forms of social mobilization. For example, once mobilization occurs, do the participants organize in manners that fall back upon existing social divisions in the wider society or do they instead collect themselves in novel ways that reflect their own ideology and tactical decisions? END_OF_DOCUMENT_TOKEN_TO_BE_REPLACED

END_OF_DOCUMENT_TOKEN_TO_BE_REPLACED

What fun to be asked about one’s own research! After finishing a PhD in sociology (Notre Dame, 2013) I took a job at a School of Public Policy in Europe. Best move ever. In what follows I sketch the three main veins of inquiry that have kept me busy recently.

A human rights approach to the contemporary anti-slavery movement
At present I am engaged in three primary lines of inquiry. The first involves the development of a human rights approach to contemporary slavery and human trafficking. A decade in the contemporary anti-slavery movement convinced me that current thinking within the movement was driven by Christian evangelical’s conceptualizations of salvation (here). But what’s the positive alternative? I initially sketched this out with one of my mentors (Alison Brysk) in a co-edited volume—From Human Trafficking to Human Rights (Penn 2012, here)—and developed more fully in two journal articles. END_OF_DOCUMENT_TOKEN_TO_BE_REPLACED

Civil war is an everyday reality for many people across the globe. The impact for civilians is immense, both during and after conflict. Nonetheless, comparatively few sociologists have engaged in the study of civil war in recent years. In my research, I try to address this gap.

A great deal of action that occurs during civil wars – e.g., mobilization, desertion, defection, and collective violence – can be usefully studied from a collective action perspective. In my research, I often adopt such a perspective. By doing so, I do not only try to explain social behavior, but also attempt to generate new questions pertaining to the study of collective action. Watch the video to find out more about those questions, as they emerged from my research on the civil war in southern Sudan!

The Scaffolding of Citizenship: Assembling a Nation from the Inside, Out

Social scientists, and particularly those interested in American political development, have long studied the legacies of citizenship policy on individuals. These studies interrogate such impacts from a broad range of theoretical foci and engage shifting and overlapping orienting questions. In her 2010 ASA Presidential Address, Evelyn Nakano Glenn (2011) calls for the development of a sociological conception of citizenship and, in doing so, outlines what sociology can contribute and how extant scholarship can be buoyed by an injection of sociologically-grounded theoretical insight. While political scientists and legal scholars tend to focus on the formal status of citizenship as codified by legal documents and investigate policy implementation in light of political institutional structures, historians and anthropologists focus on the textual and cultural meanings of citizenship and the processes by which these symbols and representations are discursively shaped. In this respect, sociology can augment these perspectives by illuminating that, at the core, citizenship is a process of boundary making through habituated interaction that takes place within a larger socio-political context. Yet, I’d like to push this a bit further and broaden the scope of how sociologists and social scientists, more generally, have historically conceptualized the topic. In doing so, I’ll attempt to underscore the theoretic payoffs associated with reframing sociological studies of citizenship in relation to my own dissertation research that investigates how varying modes of incorporation for pre-colonial populations in the U.S. shaped subsequent possibilities for collective action and consequent outcomes. END_OF_DOCUMENT_TOKEN_TO_BE_REPLACED

For some time social scientists that study mass violence, right wing and repressive social movements, and interethnic and interracial competition have analyzed similar collective phenomena using quite different theoretical frameworks. Inattention to theoretical overlaps across these subfields has not prevented scholars within them from generating robust findings and insights, but it has hampered efforts toward the development of a broader synthetic research agenda on social movements, violence, and social control. This inattention is particularly important given the recent movement of scholarship on mass violence and racial/ethnic competition toward meso- and micro-levels of analysis, placing them squarely within the territory of social movement scholarship (Collins 2008; Cunningham 2012, 2013; Karstedt 2013; King 2004; Owens et al. 2013; Tilly 2003).

My research addresses these issues by focusing on the role of collective action in constructing, defending, or transforming structures of racial, ethnic, and political inequality. Specifically, I focus on the mobilization of social control efforts by nominal power holders against disadvantaged groups, and seek to extend macro-level theories of interethnic competition and group threat by specifying the meso-level mechanisms that mobilize or demobilize adherents across divergent social environments. END_OF_DOCUMENT_TOKEN_TO_BE_REPLACED