I started writing this paper during the heated Democratic primaries when Hillary Clinton was fighting to secure her place with Democratic voters and seeking to appeal to Bernie Sanders supporters. A particular exchange between Clinton and a BlackLivesMatter activist left a lasting impression. END_OF_DOCUMENT_TOKEN_TO_BE_REPLACED

What’s next for the Tea Party? Understanding movement success and failure

Social movement scholars have often struggled with operationalizing movement success and/or failure, and rightfully so.   What may be considered a failure to scholars may be perceived as success to activists. In addition, movements are not monoliths and therefore success for some activists or for some groups, may not be relevant to other aspects of a movement. Finally, talking about success and failure also rests on the assumption that we know about the intentions of movement actors – that there are clearly stated and known objectives and that the decisions actors make are in reference to achieving those goals and objectives. Often, we can only speculate about motivations and intent; presumably success can also come about unintentionally. I have written about how the Occupy movement has shifted the spotlight to scholars’ understanding of movement outcomes, but I suggest that the Tea Party also requires us to think about how we define movement success and failure. END_OF_DOCUMENT_TOKEN_TO_BE_REPLACED

Are students using elites or are elites using students, or both?

The Québec provincial election is a few days away and despite an ongoing conversation about holding a truce, student activists continued their use of disruptive tactics (most recently at the Université de Montréal). Student mobilization has become a central feature of the 2012 provincial election. But, who stands to benefit most from student protest? 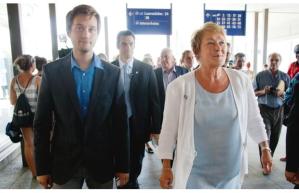 Leaders in the student movement have sought to use the election to address grievances regarding tuition increases (although, as I have written in a previous blog and as others have noted, it is unclear whether tuition is truly driving mobilization or whether it triggered underlying discontent). The more militant organization, CLASSE, as well as other movement figures has been associated with the nationalist Parti Québécois (PQ). Indeed, Pauline Marois, leader of the PQ brought in activist leader Léo Bureau-Blouin as a PQ candidate in a district north of Montreal. Student activists presumably see a PQ electoral victory as a potential victory of their own as Marois proclaimed that the PQ will cancel any tuition increases within its first 100 days in office. It is not surprising then that student protesters have sought to mobilize particularly in districts where they believe the youth vote will make the difference in defeating the Liberal Party and Premier Jean Charest.

END_OF_DOCUMENT_TOKEN_TO_BE_REPLACED

What happened to the Tea Party? 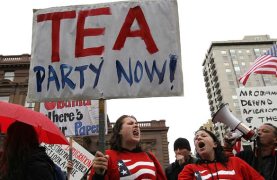 On GPS (Jan 22nd episode), Fareed Zakaria asked “what happened to the Tea Party?” suggesting that it may have disappeared. While posing the question to his guests, “The end of the Tea Party?” appeared at the bottom of the television screen. His guest, David Frum, said that the “Tea Party failed to provide an alternative to Romney,” while his other guest, Steven Rattner, proclaimed that “the Tea Party lost its mojo.”  Has the Tea Party run out of steam?

To answer this question, it is important to ask, “Whose Tea Party is it?” Theda Skocpol and Vanessa Williamson’s recent book on the Tea Party highlights the dynamic relationship between local grassroots Tea Partiers and the movement’s elite actors and organizations.  The relationship is symbiotic, as Skocpol and Williamson discuss in their chapter titled “Mobilized Grassroots and Roving Billionaires.” The mobilization of discontent at the grassroots served as an opportunity for existing ultra-conservative elite organizations to advance their cause. At the same time, local Tea Party groups benefited from the resources of these organizations and the media attention they received.  Nonetheless, there are tensions between grassroots activists and national organizations particularly since some local Tea Partiers are suspicious of larger national elite groups and worry about losing local autonomy. END_OF_DOCUMENT_TOKEN_TO_BE_REPLACED