From Causes to Cars: Reputation Matters!

We spend a lot of time evaluating reputation. We research the reputation of a manufacturer before buying a car, investigate the reputation of a neighborhood before renting a home, and carefully consider the reputation of an individual before deciding to act on his/her professional advice. Despite the importance of reputation in everyday life, we largely have ignored its influence on the course and outcomes of social movements.

Activist groups mobilizing around a shared, general goal rarely stand as equals, shoulder-to-shoulder, united against an authority. Ultimately, a target decides which group to deal with and a social movement organization’s reputation, or, among other things, the ability of a group to meet the institutional norms of its target, is a critical factor in its decision-making.1 END_OF_DOCUMENT_TOKEN_TO_BE_REPLACED

Filed under Essay Dialogues, Protestors and their Targets

A Cloudy Future: The Possibilities and Perils of “Big Data” for Social Movement Research

Technological developments in the past decade have moved an incredible amount of human interaction online. Facebook, Twitter, and other social networking sites have collapsed the producer/consumer dichotomy (and created the cringe-worthy portmanteau prosumer) such that nearly everyone online is generating an enormous amount of data about themselves and their interactions. Social scientists are gaining increasing access to this data, either through web scraping technologies or application program interfaces (APIs) provided by the services themselves. The web has also made it easier to collect data directly, through online survey services and other similar technologies. This has resulted in datasets larger than most sociologists have ever dealt with, which leads us to the frustratingly ambiguous term “big data.” END_OF_DOCUMENT_TOKEN_TO_BE_REPLACED

How can we interpret the emergence of ISIS/ISIL from a movement perspective?  Students and colleagues keep asking me and my answer remains unclear due to the limited publicly available information on the movement. Much of the available information has been posted by ISIS itself or has been reported by journalists’ accounts (e.g. an overview from the New York Times). The footage their organization has released shows how they are committing brutal and violent acts and sharing them publicly via social media as a key mobilization tactic.

What we know from previous sociological research on militant and orthodox religious movements may lend insights in interpreting how ISIS has emerged and gained power.  END_OF_DOCUMENT_TOKEN_TO_BE_REPLACED

The recent kerfuffle surrounding Facebook’s emotional contagion experiment has produced a lot of discussion in tech social media and academic circles about ethics, the IRB, and the ability of a company to engage in this kind of experimental manipulation.

As several people have pointed out, companies are engaged in this kind of manipulation all the time. The practice of A/B testing websites and various news content is common and pervasive. Facebook is (and probably has been for quite some time) constantly changing which parts of the site you see to maximize clicks for their advertisers. Their goal is ultimately profit.

Bringing this back to movements, I see a parallel discussion occurring within movement circles, especially ones which are tech-oriented. Many movements, especially ones with more radical aims, often discuss whether to engage in social media mobilizing or whether to avoid it altogether. These activists generally recognize that mobilizing efforts via popular social media can be effective. The tension is that these social media sites are not in the business of supporting movements — they’re companies. They’re oriented towards profit. Moreover, many of these social media companies aid in state surveillance, either by being complicit in a PRISM-style program like we’ve had in the United States, or simply by making mobilizing plans available to everyone (it’s not that activists are unaware of this fact either — in my interviews with activists in Egypt, they talked about how social media channels were actually used in misdirection of police while alternative channels were used for publicizing meeting points during the first days of the 2011 revolution).

Radical tech activists have tried to set up a number of alternative sites for mobilization. Groups like the May 1st Collective and riseup.net have made it a point to build alternative networks for their organizations, and projects like Diaspora* have sought to break the centralization of social media sites altogether. But social media sites don’t work when there’s no people on them, and the people who use these alternative sites are probably already involved in these movements. Use of these alternatives sometimes requires a high level of technical competence and have a steep learning curve, so if you’re not already committed, then why bother? There’s no use preaching to the choir unless the explicit purpose is coordination of disciplined cadres. But in general, if the purpose is mobilizing people against particular targets, movements need to widen their bases and to get as much press as possible.

How do activists negotiate and reconcile these two positions? From what I can tell, not much social movement literature on movements and technology explores this. Social media is a tool, for sure. But tools have limitations, especially tools which are, in the end, at odds with activists’ moral worldviews. Activists have to wrangle with the morality of using them. There’s plenty of research to be done here.

Is Moral Monday the Tortoise and Occupy the Hare? 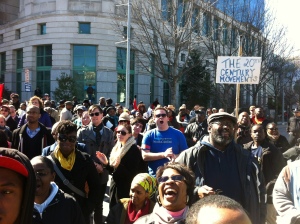 If you haven’t heard of the Moral Monday Movement, stay tuned. One year ago, on April 29, 2013, 17 people, including ministers, academics and workers, were arrested in the North Carolina legislative building in Raleigh. The 2012 general election ushered in a conservative take-over and super majority of the North Carolina General Assembly and a new Republican governor, resulting in a deluge of legislation that curtailed voting rights, refused federal Medicaid and unemployment funds, and restricted reproductive health services. A broad coalition of organizations responded with non-violent civil disobedience at the capital with weekly Moral Monday protests, which are led by the state’s chapter of the NAACP. The initial 17 arrested grew into about 1000 by the end of the summer’s legislative session, and thousands showed up for each protest. Moral Monday has not only grown and spread throughout the state to other North Carolina cities but also to other states, such as Georgia and South Carolina.

On this one year anniversary of the Moral Monday movement, I can’t help but think back on the first anniversary of Occupy Oakland, in particular, and Occupy Wall Street, in general. Both Moral Monday and Occupy directly challenged social class inequality and their ties to corporate America. Yet they are different – one survived and thrived and the other, well, had a boom and bust (though is not completely dead). END_OF_DOCUMENT_TOKEN_TO_BE_REPLACED

The Whole World is Texting

by Heidi Reynolds-Stenson and Jennifer Earl

How repression impacts mobilization, and specifically why repression is effective at deterring protest in some cases and not others, is a perennial question among repression scholars. Studies have found markedly different results: some research suggests that repression can be effective in discouraging participation or otherwise quelling protest but other findings demonstrate that repression can “backfire,” escalating mobilization and/or galvanizing commitment. Classic work by Barkan, for instance, showed that violent repression, in particular, might galvanize bystanders and lead to movement victories where failure would have otherwise been likely. We argue that recent unrest in Syria, Venezuela, and Ukraine can be read as contemporary evidence of backfire. At the very least, these are stories in which state repression failed to quell protest. After providing some quick evidence on this point, we consider a larger theoretical question raised by these recent events: might digital media use be affecting the underlying likelihood of backlash? END_OF_DOCUMENT_TOKEN_TO_BE_REPLACED

Online Feminism: Who is Listening?

A few months ago PBS came out with the documentary “Makers: Women Who Make America,” which tells the story of the “most sweeping social revolution in American history”, i.e. the women’s movement. It’s a wonderful video, and everyone should watch it. While it was generally lauded as a success, one of the sections, the section on “Feminism Today,” drew extensive critiques. In this section old arguments about contemporary feminism are repeated: most women today who do “feminist” things refuse the label feminist, younger women are apathetic and take for granted the rights that the past feminist movement won, etc. It adds the somewhat new claim that today’s active feminist movement focuses its energy on global issues rather than domestic issues.

A number of active feminists immediately critiqued the documentary’s take on the current women’s movement, in particular for missing the important work being done by younger feminists. One common critique is that the documentary did not even mention the vast world of online feminism. END_OF_DOCUMENT_TOKEN_TO_BE_REPLACED 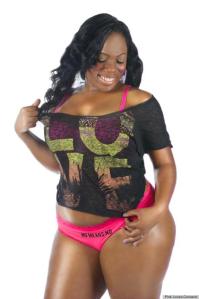 You may have caught wind of the dust-up the group Upsetting Rape Culture produced when they launched a slick social media campaign they called Pink Loves Consent.  The goal of the campaign was to generate discussion about consent in sexual relations among teens and young adults, who are the target demographic of Victoria’s Secret’s Pink product line and marketing campaign.  Mobilizing Ideas has commented on a number of aspects of social media mobilization (see here, here, and here), and readers who have an interest in this topic will want to read about this campaign.

Among many others, Jezebel and Erica Cheung, over at HuffPo, both blogged about it (see here and here), but I especially encourage you to read this online interview Upsetting Rape Culture activists Hannah Brancato and Rebecca Nagle over at Baltimore Fish Bowl.

Earlier this month, tens of thousands of residents in the Chinese city of Shifang (located in China’s Western Sichuan province, not far from the epicenter of the Sichuan Earthquake in 2008) hit the streets to protest against plans to construct a $1.6 billion USD copper plant that would result in heavy pollution emissions. The protests were spurred after a signing ceremony for the plant project. After three days of continuous demonstrations during which protesters reportedly smashed police cars, threw bricks, and stormed government headquarters, the local government announced that the plans for the metal plant would be canceled. 21 of the 27 reported detained protesters were released. END_OF_DOCUMENT_TOKEN_TO_BE_REPLACED