The landscape of organized white supremacy has dramatically changed since I conducted my research for White Man Falling: Race, Gender and White Supremacy in the 1990s. At that time, most organized white supremacist groups were isolated, disconnected, disorganized, and difficult to follow. They seemed to be easily identifiable as “extremist.” Since that time, the broad contours of White supremacist ideology appears to be the only thing unchanged. END_OF_DOCUMENT_TOKEN_TO_BE_REPLACED

August’s “Unite the Right” rally in Charlottesville, where more than a thousand white nationalist adherents conducted a torch-lit march chanting “white lives matter” and “Jews will not replace us” before provoking widespread street violence the following day, was viewed widely as a watershed moment for the burgeoning Alt-Right. As the “largest hate gathering of its kind in decades in the United States,” the Charlottesville rally demonstrated that the diffuse movement – whose vibrancy had been most prominently displayed online – could mobilize in large numbers in physical space. It also showcased a level of organization that seemed far from ad hoc, and a set of media-ready male leaders who sought to embody the modern white supremacist brand: clean-cut, neatly dressed, with coifed “fashy” haircuts. END_OF_DOCUMENT_TOKEN_TO_BE_REPLACED

Many of us were introduced to empirical research on racism through popular psychology, which suggests that racism is an individual-level problem among whites. The idea is that racism stems from prejudice, which is “an antipathy based on a faulty and inflexible generalization,” meaning that it’s negative and hostile, irrational, rigid, and inaccurate. According to this perspective, prejudice may be “felt or expressed;” it can involve both the intent to discriminate and actual discrimination. To “cure” white racism and to solve this prejudice problem, then, we should endorse more education, training, and diversity initiatives. Such initiatives would expose individuals to accurate and scientific information, replacing antagonistic and inaccurate information with harmony and truth, resulting in the reduction of prejudice. Policy initiatives that take this approach may address interracial conflict, but what about the underlying racial inequality? END_OF_DOCUMENT_TOKEN_TO_BE_REPLACED 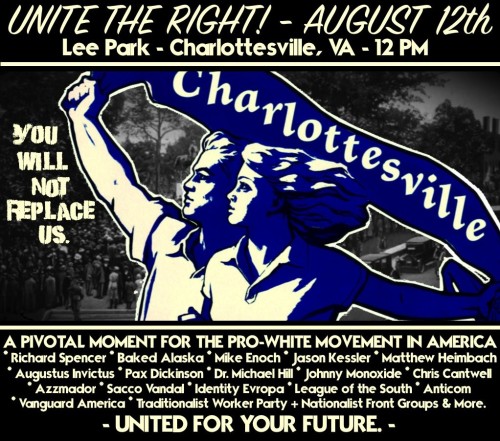 Just nine months prior to the August 2017 Unite the Right Rally in Charlottesville, a New York Times profile of the alt-right explored the potential force of the movement but tempered the immediacy of the threat, explaining, “…at this point, [they] would have trouble holding a serious street rally, let alone turning into a mass political party.” Many journalists and scholars alike highlighted the “nebulous,” “loosely-assembled” nature of the alt-right, as a disparate collection of largely anonymous online communities – white supremacists, anti-Semites, nativists, neo-fascists, masculinists, conspiracists, nihilists – without any clearly shared goals or motivations. Yet, less than a year later, they marched unified through the grounds of my alma mater, tiki torch-wielding young men clad in polo shirts and khaki pants, angry faces illuminated in collective rage. Horrified publics grappled with the seemingly spontaneous re-emergence of overt, unapologetic white supremacy, the explosive violence in the streets, and the question of how our political polarization reached such depths. END_OF_DOCUMENT_TOKEN_TO_BE_REPLACED

On the weekend of August 11, 2017, right-wing extremists, or what many call the Alt-Right, gathered in Charlottesville, Virginia, to protest the pending removal of a statue of Confederate leader Robert E. Lee from a city park.  Many were shocked to see images of the protest on Friday, with Neo-Nazis and other extreme right supporters carrying torches en masse, in one of the largest extreme right protest events in recent history, and were horrified when participants in the protest on Saturday murdered a counter-demonstrator and injured dozens more.  President Trump suggested that both sides were to blame for the violence, generating an outpouring of dismay and arguments that he was “Giving the right a boost,” and sanctioning the violence.  However, while many may have been surprised by the protest, those of us who study the extreme right were not.  And, while President Trump’s support for the Alt-Right does enable them, their mobilization started long before he became a candidate for President.  I argue here that social movement scholarship on extreme right mobilization predicts this contemporary mobilization.  Particularly relevant are theories regarding the mobilizing effect of economic and political threat, including power devaluation theory, as well as scholarship on political and discursive opportunities. END_OF_DOCUMENT_TOKEN_TO_BE_REPLACED

Since the 2016 US presidential election, observers have tried to explain the sudden rise of the “new alt-right.” This focus on newness belies the persistent and continuous aspects of US white supremacist activism. In our new research, we explore the ebbs and flows in white supremacy over the last several decades. We identify two phases and describe the longest one as a period of “active abeyance,” in which white supremacists embraced a conscious strategy to withdraw from traditional public activism and recruitment, in favor of more informal, private activism directed at sustaining the movement. Recently, white supremacist leaders and networks have pushed to more openly advocate for white supremacist goals. The “alt-right” is one manifestation of a broader effort to rebrand racial and anti-Semitic extremism and move it from the shadows into mainstream politics, culture, and consciousness. END_OF_DOCUMENT_TOKEN_TO_BE_REPLACED

2 Lessons from the History of the Alt-Right

END_OF_DOCUMENT_TOKEN_TO_BE_REPLACED

The Committee to Protect Journalists has been alarming the public for the past few years: journalists are being killed in increasing numbers and the vast majority of perpetrators continue to go unpunished. Why are journalists killed, and how can we understand the political context in which these egregious murders occur? For the past three years, Sabine Carey and I have been collecting information on the characteristics of journalist killings across the world. In particular, we are interested in understanding how journalist killings fit into more general politics. Here I will highlight two main insights the data has provided: 1) The killing of journalists is a manifestation of localized repression, and 2) that most journalists are killed in democratic countries with low levels of judicial accountability. END_OF_DOCUMENT_TOKEN_TO_BE_REPLACED

The Media & the Messages in Putin’s Russia

By Samuel A. Greene

With all due respect to Marshall McLuhan, he may have got it backwards. In Russia, at least, the message has become the medium.

By most measures, there has probably never been a worse time in the quarter century of Russia’s post-Soviet history to be a journalist. If there are fewer murders of journalists than there used to be – five since Vladimir Putin returned to the presidency in 2012, versus 36 between 2000 and 2011, according to the Committee to Protect Journalists – it is mostly because the point has been made. Despite Putin’s vaunted claims of a return to law and order after the turmoil of the 1990s, journalists who opposed the government or its powerful friends could still end up dead; that was as true for reporters like Anna Politkovskaya, who reported for the popular weekly Novaya Gazeta on abuses at the very highest levels of power until she was shot in her apartment building in 2006, as it was for editors like Mikhail Beketov, whose small-circulation Khimkinskaya Pravda stopped reporting on corrupt dealings in suburban highway construction after he died of injuries from a 2008 beating. For those who forgot, violence has never been very far away. Oleg Kashin was beaten to within an inch of his life for reporting on the activities of a regional governor in 2010 and now lives abroad; the crusading radio commentator Yulia Latynina fled the country in July, after her home and car were attacked and her elderly parents threatened. Lev Shlosberg soldiers on, after having been severely beaten in 2014 while investigating the unmarked graves of Russian servicemen returning from a secret war in eastern Ukraine. END_OF_DOCUMENT_TOKEN_TO_BE_REPLACED 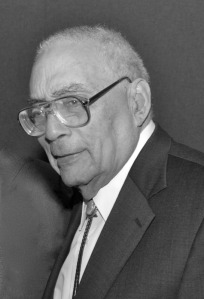 If you’re teaching an undergraduate class about the Civil Rights Movement and want to provide a bite-sized example of a movement leader choosing between “insider” and “outsider” tactics, here’s a nice one. NPR’s Karen Grigsby Bates interviews Simeon Booker, the first African-American reporter at The Washington Post and (multiple) award-winning writer for Jet and Ebony magazines, about his recently published memoir Shocking the Conscience. In particular, the NPR piece focuses on an event Booker describes in detail: a party, hosted by JFK at the White House in 1963, to which many of America’s black movers-and-shakers were invited. While the party was notable for the many black politicians, civil rights leaders, entertainers, journalists, and other figures who attended, it was also notable for who declined the invitation–the Rev. Martin Luther King, Jr. By that point, King had worked for years, unsuccessfully, to get Kennedy to send civil rights legislation to Congress. With the lunch counter sit-in tactic rapidly spreading, King made the choice to forgo another attempt at “insider” influence and instead focused his attentions on developing the next set of direct action tactics. END_OF_DOCUMENT_TOKEN_TO_BE_REPLACED