The Unseen Effectiveness of Social Movements and Protests

The media has portrayed current Asian demonstrations, such as the Umbrella Movement in Hong Kong and the Sunflower Movement in Taiwan, as unsuccessful because the protesters’ requests have not been met. By another measurement, the awareness of issues and recognition of the power possible by targeted and collective peaceful action, they have been very effective.

The long-term residual effectiveness of the Asian movements and other protests across the globe authentically can be measured only in small increments with some of the most significant and basic results at this point not always visible but rather felt at a deeper level of understanding. Protests are influencing people to change their beliefs, mindsets, and attitudes which are psychologically the most difficult elements to modify, but which ultimately are the most potent factors in creating authentic social change. The evidence is that more and more people in increasing numbers of nations are expressing dissenting opinions and demonstrating their right to be heard regarding issues affecting their lives. 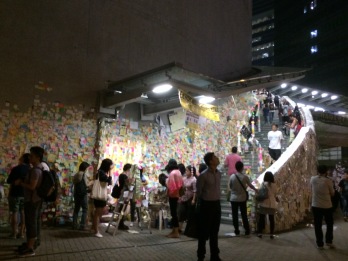 END_OF_DOCUMENT_TOKEN_TO_BE_REPLACED

Filed under Essay Dialogues, Movements in East and Southeast Asia