As an elementary school student in New Jersey, I remember seeing my teachers in red shirts every Friday. Even then I knew it had something to do with the teachers’ union. (What can I say — I had a sociological eye!) Two decades later, I’ve learned the term “solidarity,” and I’m tracking the sea of red shirts in downtown Chicago this week with great interest as the city faces its first teachers’ strike in 25 years.

Everyone knows that the best way to raise your blood pressure is to view readers’ comments on online news articles. Well, I’ve risked my health, reviewing these comments along with original news sources, in order to present you with two very different, highly moralized images of teachers.

Side 1: Teachers are greedy welfare queens, neglecting the children in their care in order to demand more benefits from poor Rahm and his cash-strapped city government. A reader made the following comment on this article in the Washington Post: “I tried to listen to some comments by the president of the Chicago Teacgher [sic] Union President, Karen Lewis last night […] She was trying to talk through A mouth full of fingers that she got by biting off the hand that was trying to feed her.”   Another commenter writes, “In 21st century America, the only teachers who require union to protect them and to negotiate their salaries and benefits are either unqualified, inefficient, incompetent, lazy or all of the above.” Mayor Emanuel made remarks with a similar shame-on-you overtone. “This is a strike of choice — it’s the wrong choice for our children and it’s not necessary,” the Post quoted; and The New York Times,  “Don’t take it out on the kids of the city of Chicago if you have a problem with me.” At the end of this clip, a FOX newscaster remarks, “I feel bad for those kids today — no school for them.”

Side 2: Teachers are noble nurturers and victims of an oppressive system, fighting for their needs to be recognized. Evidence to this end highlights the sacrifices that teachers make for their students. One parent observes that her daughters’ teachers often uses their own money to buy supplies for their kids. A strike captain points out, “We don’t want to be on this picket line…our heart is in the classroom.” Pro-strikers explain that teachers are continuously asked to do more with less, such as the case of this teacher who has 43 pupils, age 5 and under. The argument is that teachers cannot be effective educators under their current conditions, and deserve to have a say in policy changes such as the extension of the school day.

One reason the strike is so polemical is that it references the current political imbroglio over education reform. But I think another is that it’s referential of larger issues about gender and power. Our society understands children as innocent, needing careful attention and protection. The care of children is a traditionally feminine responsibility, and teaching is a traditionally feminine career (76% of elementary and secondary public school teachers in 2007-2008 were female, according to the National Center for Education Statistics).  Those against the strike highlight the threat that it poses to children’s well-being. They imply that striking is selfish, an unladylike display of aggression, anger and greed that diverts teachers’ energy away from their real classroom duties. The other side argues that striking is a necessary evil that will, in the long run, allow teachers to better do their jobs. It argues that teachers make sacrifices to support children’s well-being, and deserve to be heard in return.

While children and their parents are certainly losing out in the short-term as teachers take to the streets, it remains to be seen whether this strike will spell long-term gains for public education. As one social worker said, the strike is a “history lesson” for many students. “We’re telling them, ‘This is how you stand for your rights.'”

While at the anti-NATO protest I became especially intrigued by the clothes/costumes worn by the different activists – particularly those associated with the “Black Block”/Anarchists.  Clearly, there are important elements of “dressing to impress” and identity formation at work.  They do not all appear to be consistent but they likely never are.

Below are some of the interesting things we observed:

PRO-fessional Revolutionaries
Below one sees that the NFL (National Football League) and MLB (Major League Baseball) are proud “sponsors” of anarchists, an essential component of any radical wardrobe.  I wonder about the teams.  There are also some uses of head scarves found in the Middle East (does anyone know what the light green one represents?)

END_OF_DOCUMENT_TOKEN_TO_BE_REPLACED

Black and Blue vs. Whites and their Crew

This will be the first of  a few posts on the interesting things Will Moore and I observed in Chicago this past weekend while conducting an observational study of the G8/NATO protests that builds on, and extends, Clark McPhail’s approach.  Our goal was to systematically evaluate the variation and escalatory dynamics present within contentious state-dissident interactions.  For a description of the project, see Matt Baggetta’s post or visit our site: http://tinyurl.com/protpol.  We will update that site later with  additional information regarding this project.

Last year I ran some embedded survey experiments with Rose McDermott and Dave Armstrong regarding protest-protest policing.  At one point, we sought to determine if responses would vary according to the race/ethnicity of the protestors and police.  One dyad concerned black police and white protestors.  To this, several readers questioned whether black cops “policed” white protesters.

While there were a large number of white officers and protestors at the event, there were also specific moments when the police force was almost exclusively African American with a predominately white protestor presence.

Below are some of the images that I shot.

Black police on both sides of the predominately white protest.

END_OF_DOCUMENT_TOKEN_TO_BE_REPLACED

Partly Cloudy, with a 30% Chance of Riots 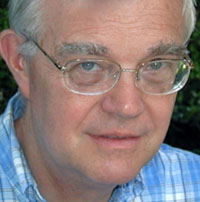 In this morning’s New York Times, distinguished philosopher Gary Gutting raises a commonly discussed set of questions about social science research and theory and the ability to make accurate predictions. As is common in such arguments, physics is held up as the best “real” science because it gives us theories with clear predictions that always work. Experimental evidence has allowed for the clear elaboration of (what appear to be) invariant physical laws, at least in areas like classical mechanics (e.g. we can predict precisely where the moon will be 200 years, 3 days, and 7 hours from now). The social sciences are then held in contrast to this. As the argument goes, the social world is amazingly complex, making it hard to generate predictions, and it is often too difficult or too immoral to do controlled experiments on people, so social scientists could never test those predictions anyway. Gutting’s conclusion: “we need to develop a much better sense of the severely limited reliability of social scientific results.” And the implication he draws from this conclusion? END_OF_DOCUMENT_TOKEN_TO_BE_REPLACED

The North Atlantic Treaty Organization (NATO) will be holding a major summit in Chicago later this month. Where NATO goes, protest follows, and federal and city officials are apparently preparing for it.

But they aren’t the only ones. Social movement scholars are gearing up as well. Will H. Moore (Professor of Political Science at Florida State) and Christian Davenport (Professor of Peace Studies, Political Science, and Sociology at Notre Dame) are putting together a neat study of what the NATO summit protests and policing will look like. And they really mean what all of the protest and policing will look like–not just the big signs or lines of riot police or burning trash cans that typically end up on the evening news and the covers of newspapers. The basic plan is to train a set of observers who will watch a delimited area and record what they see at regular intervals. This will give them a fuller picture of what really goes on during the protests, apart from just the flashiest stuff that we’ll all see on the news. Here’s a screenshot from a Prezi presentation they’ve put together illustrating the approach:

Of course, executing a research plan like this takes a lot of trained observers–and they’re in the process of recruiting some now. If you are an undergraduate student interested in social movements and who might be available to be in Chicago for the summit, check out the full presentation (don’t worry; it’s short); the contact information for Professors Moore and Davenport is at the end. If you know undergraduates who might be interested and available, spread the word! (Here’s a Tiny URL good for sharing: http://tinyurl.com/protpol).