I gave this assignment in my Social Movements seminar (30 students) last fall.   The assignment is an adaptation of the norm-breaking assignments that you often see in psychology or intro sociology. The overall goal of the assignment is for students to realize that social changes isn’t just about demonstrating or protesting but also everyday micro-level resistance.

Here is my money-back guarantee:

1)  your students will love this assignment

2)  you will love reading their papers (really)

Some examples of the experiences my students wrote about:

1. Going to a bar with full make-up and then the following weekend going without

2. Not trying to hide one’s weight under baggy clothing at the gym END_OF_DOCUMENT_TOKEN_TO_BE_REPLACED

Picturing and Packaging Protest: Newsmedia coverage and its implications for social movement scholarship

When the folks at Mobilizing Ideas asked us Daily Disrupters to write about our research I knew this would be a challenge.

Here’s the challenge: In today’s media environment you get one sentence.

If your first sentence is good, then readers might move on to your second sentence. If not, then, game over.

I know this because of the research that I do.

I study Indigenous resistance. Since the 1980s, Indigenous peoples have engaged in widespread resistance to Canadian state and settler-colonialism. END_OF_DOCUMENT_TOKEN_TO_BE_REPLACED

Review of Direct Action, Deliberation, and Diffusion: Collective Action after the WTO Protests in Seattle

The 1999 World Trade Organization Meetings in Seattle was a pivotal turning point for activists around the globe. It was a turning point, not only because outsiders brought the meetings themselves to a grind, but also because activists made innovative use of dramatic new tactics of resistance. These new and highly visible tactics included the Black Bloc, the use of Giant Puppets, the creating of Lockbox blockades, and practicing jail solidarity.

The Black Bloc is not an organization. Nor is it a group. It is a tactic that “involves dressing in black and masking one’s fact (often with a black bandanna), moving in tightly packed groups, and protecting members of the group from police encroachment through evasive maneuvers” (Wood, 34). Lockbox blockades are blockades in which activists lock themselves to each other and objects and jail solidarity entails a refusal to “cooperate with authorities during arrest and processing” (Wood, 37).

Why, Wood asks in the question that forms the heart of this Direct Action, Deliberation, and Diffusion, were activists in New York City more likely to adopt the use of the Seattle tactics than activists in Toronto? Both are the largest cities in their respective nations. Activists in each city had equal access to information about the tactics used in Seattle. Thus, that the tactical diffusion was so unequal, as Wood, shows, is by no means a given. END_OF_DOCUMENT_TOKEN_TO_BE_REPLACED

Word Clouds as a Tool for Social Movement Research and Teaching

You’ve seen them everywhere: Word Clouds. In case you haven’t yet tried creating one here is the website: http://www.wordle.net/.

Social Movement scholars are in many ways just at the beginning of textual analysis. Word clouds could provide us with a simple new way to study not only the texts that movements put out but also the the media coverage that movements receive. They provide an extremely quick means of identifying the most frequently used keywords. This in turn might provide a helpful baseline for further analyses of texts.

The example below shows a word cloud of a media release from a well-known social movement organization.

Just for fun I have also created a word cloud using the content of the CVs of two scholars affiliated with Mobilizing Ideas.  I have taken their names out but see if you can guess who they are.

What social movement scholar’s CV was used to create this word cloud?

What social movement scholar’s CV was used to create this word cloud?

Why Occupy is not Decolonization

Two recent articles both of which are critical of the Occupy movement provide a compelling case for why non-Indigenous activists should take greater care in talking about Decolonization.

Among their many contributions, both articles deconstruct and critique the Occupy movement’s use of the following two images: END_OF_DOCUMENT_TOKEN_TO_BE_REPLACED

Some of you may have noticed that she was standing in front of a Power Point presentation and, like me, you may have wondered about the content of the lecture.

Dr. Oliver has kindly provided a summary of the lecture, which I have posted below, and has provided a link to her presentation slides (all 138
!). END_OF_DOCUMENT_TOKEN_TO_BE_REPLACED

Talking to the media

Many of us who study collective action and social movements are interested in the processes through which preferred frames end up in the public sphere.  Sometimes we also play a role in this process by commenting on events as they unfold.  Often this commentary tends to be rather short – what one could call “talking heads” type of work.  An expert is needed to fill out or legitimize a story about protest.   Longer conversations get turned into a single quote from Professor X at the University of Y.  Although rewarding, this kind of work also poses a number of challenges. Newspapers tend to re-write.  Words put in quotations are not the same ones used in the actual conversation.  Sometimes questions are asked about movements or regions that are beyond one’s area of expertise.  Finally, there is the slippery slope between speaking about versus speaking on behalf of a group.  END_OF_DOCUMENT_TOKEN_TO_BE_REPLACED

Moving Towns, Murdered Priests, and the Most Expensive Pies in the World

This post was written by Esteban Izquierdo a 4th year student at the University of British Columbia.

Vancouver British Columbia, home of over 800 mining and resource company headquarters, is the new capital of the global mining industry. This week the city celebrates mining with a series of galas and luncheons, and with the throwing of ‘the most expensive cream pies in the world’ at local celebrities and industry heavies.

Vancouver anti-mining activists say there is nothing to celebrate. END_OF_DOCUMENT_TOKEN_TO_BE_REPLACED

Put this on the reading list: Big Books and Social Movements

David Meyer and Deana Rohlinger’s recent article “Big Books and Social Movements: A Myth of Ideas and Social Change” (Social Problems 59: 136-153) explores the idea that social movements have their origins in important books that changed popular thinking.  This idea, they say, is a myth. 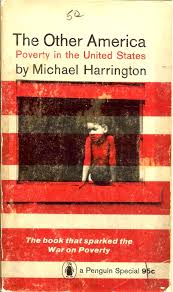 Among the big books they profile in their article are:  The Other America (1962) by Michael Harrington, The Feminine Mystique (1963) by Betty Friedan, Unsafe at Any Speed (1965) by Ralph Nader and  Silent Spring (1962) by Rachel Carson, books that it is widely believed, not only drew much- needed attention to ongoing issues of poverty, sexism, automobile danger, and environmental hazards but also sparked social movements.

The reason I liked this article is that, as I read it, I realized that I have fallen for the book as origin myth for at least one of the above social movements.

As sociologists we ought to know better but, as Meyer and Rohlinger point out, the book as origin myth is compelling. Complex processes involving multiple actors and reciprocal relationships between activists and government are reduced to easily digestible single dates and charistmatic individuals.  This is particularly the case for the four big books of the 1960s era.

For the rest of the story you’ll have to read the article.

since we’re on the topic of same sex marriage…..

In case you missed it… the following proposal took place at a recent Hockey Game, illustrating Bernstein’s argument about younger cohorts:

BUT I”m not sure that two men would be received so well.

Whoever they will be, it will be courageous.