Burning Country: Syrians in Revolution and War – A Review

It is now common knowledge that the war in Syria has produced the worst refugee crisis since World War II, but tragically, that is only part of the story. Since the emergence of Syria’s Arab Spring uprising in early 2011, half a million Syrians have been killed and approximately 150,000 are being starved or tortured to death in state prisons. The so-called Islamic State (ISIS, or Daesh) and groups from Jabhat al-Nusra, a branch of Al Qaeda, to Hezbollah continue to kidnap, kill, and pillage across the country. In clear violation of international law, the regime is laying siege to cities and towns and starving their inhabitants. Half of Syria’s total population is now uprooted—over four million have fled and seven million are internally displaced—and refugees are trapped in miserable camps or drowning trying to reach Europe. And there is no end to the suffering in sight. So how did the protesters’ initially humble calls for change in 2011 lead to such mass displacement and death? And for those who feel that Syria is too far away—or too exceptional a case—to warrant our attention, why should we care? 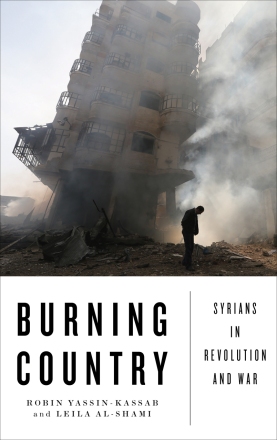 In the most well-written account of the revolution and ensuing conflict published to date, Robin Yassin-Kassab and Leila Al-Shami’s book Burning Country: Syrians in Revolution and War (Pluto Press, 2016) provides a comprehensive, page-turning analysis of the crisis in ten superbly-researched chapters. Using a range of interviews with activists, exiles, and secondary sources, this book clearly explains the causes and consequences of Syria’s revolution and the dynamics of its current war. It also contains invaluable insights for movement scholars and activists on the subject of protest emergence, movement strategy and tactics, radicalization, factionalism and sectarianism, coalitions, the role of third-parties, movement outcomes, and mass killings.

Of the many lessons contained in this book, Yassin-Kassab and Al-Shami remind us that this did not begin with a revolution. Instead, it began with calls for meaningful political, social, and economic reform. They then trace the evolution of its militarization with analytical precision, demonstrating how the regime’s disproportionately violent response created a backlash. The torture of demonstrators in prison, the rape of activists’ loved ones, the massacres of families and villages at close range, and bombardments of restive towns and cities produced both strategic and social-psychological impetuses for revolution and revenge, as well as sectarian divides. However, the authors also show that the decision to pick up arms—to the extent that it was a decision at all—was not undertaken lightly. Many civic groups continued to practice nonviolent resistance in the face of retribution and urged their compatriots to remain peaceful. However, these activists also lacked the means to defend themselves and their constituents against extreme violence, and most were mercilessly persecuted or forced to flee. This left a vacuum to be filled by armed groups, which the regime has used as an additional excuse to further its cruel and uncompromising response to dissent.

Another exceptional contribution of this book is its comprehensive breakdown of the dizzying array of revolutionary and counter-revolutionary actors in a manner accessible to non-specialists. For example, the authors acknowledge the role of leftists, anarchists, students, Islamists, and the Tanseequiyat, or coordination committees, in organizing collective resistance, distributing aid, and documenting atrocities. Mobilizing in ways reminiscent of the Paris Commune, many readers will be surprised to learn that such revolutionaries have run schools and hospitals and even held local elections in the midst of war. The authors also address the vital role of women in the revolution and war, profiling leaders such as Suhair Atassi, leader of the General Commission of the Syrian Revolution, and Razan Zaitouneh, a lawyer and founder of the Local Coordination Committees. Women such as these have launched demonstrations and prison strikes, run radio stations, smuggled lifesaving aid to besieged areas, and formed battalions. 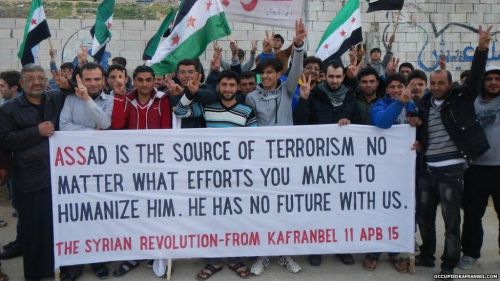 The authors also show how Sunni-Arab vs. minority sectarianism was deliberately provoked by the regime through the targeting of Sunni populations and religious sites. These acts have drawn in various jihadi groups looking to fight for an Islamic caliphate against so-called Alawite infidels. The authors also illustrate the importance of understanding how regimes incite loyalist gangs and death squads to do their dirty work, further heightening ethno-religious divides. As the authors remark, “[t]he strategy is coldly intelligent; it incites the victim community with a generalised thirst for revenge, while exploiting the spectre of this revenge to frighten even dissenting members of the ‘perpetrator community’ into redoubled allegiance.”1 The strategy of terrorizing minority communities into remaining loyal out of fear has been relatively successful even as men and boys are kidnapped, conscripted, and used as cannon fodder for the regime’s war machine.

At the same time, however, the authors do not romanticize the myriad of problems that have befallen the revolution itself. Aside from the devastating impact of foreign infiltrators like ISIS, they note how persistent ideological divisions and competition for resources between revolutionary groups have silenced many of the activists who launched Syria’s Arab Spring in the first place. The disappearance of Razan Zaitouneh and her colleagues in 2014, likely by the Jaysh al-Islam militia, is a case in point. As the authors point out, one of the greatest tragedies has been the fact that pro-democracy activists like Razan have been largely abandoned by countries comprising the so-called Friends of Syria group and left to perish at the hands of the regime and Islamist militias. No modern war unfolds in isolation, and the authors also give the international community—including Western powers and the regime’s allies of Russia, Iran, Hezbollah and China—the criticism they deserve in equal measure. While the regime and its backers continue to pummel the opposition in the name of fighting extremism (Assad fashioning himself as the solution to the problems he has created) the West’s meek response to the mass killing of Syrian civilians by weapons ranging from scud missiles to sarin and chlorine gas, which continues to this day, is equally as shameful.

In addition, the book is extremely useful for the purposes of analytical comparison to other revolutionary movements and wars. The authors reference how Syria’s current conflict mirrors the dynamics found in other cases ranging from the Spanish Civil War to Northern Ireland’s time of Troubles and the war and genocide in Bosnia. The authors convincingly argue that the Syrian revolution and subsequent war is only exceptional in terms of its devastation, not in terms of its internal and internationalized dynamics.

Lastly, Burning Country reminds us that even as many pundits continue to defend the regime, Assad continues to violate international standards for human protection established by the Geneva Conventions and every single UN resolution passed on Syria to date. As I argued in a previous post, the regime’s aim to retain power at any cost means that they will gladly govern over corpses and rubble, so long as they win. Yassin-Kassab and Al-Shami remind us that the inability of our political leaders to face this inconvenient fact is perpetuating an unfathomable degree of suffering by Syrians of all ages and ethno-religious identities. There is little doubt that the failure of the international community to take a decisive stand against mass murder in the era of the “responsibility to protect,” not to mention the unconscionable xenophobia that refugees are facing across Europe and the U.S. today, will remain the great shame of this century.

We’re often told that the situation in Syria is complicated, as if that is an excuse for putting it out of our minds. But now we have a book that is as fair as it is critical, as sophisticated as it is understandable, and as inspiring as it is heartbreaking. As scholars, activists, and global citizens, it is our responsibility to understand the facts. Whether we like it or not, the Syrian crisis is everyone’s problem. So read Burning Country.